No one will stand in your way to conquer Westeros. Conquer all the Westeros. Or die trying! Well, there would probably be pretty much no other choice based on the Game of Thrones TV show. In this game, it is pretty similar. You play for the throne, you must become the most powerful and claim it. It is very unlikely to die before the game-ending, so no worries, all players will stick to the end… Most likely…

Game of Thrones board game – a true masterpiece, a well-balanced war, strategy game for 3 to 6 players with a rather long average playtime – from 2 to 4 hours, based on your experience. But the story and the game itself is worth your time. Control the famous houses – Lanisters, Starks, Greyjoys, Tairells, Baratheons, and Martells. Try to gain control of as many territories with castles and strongholds as you can, as at the end of the 10th round – the player with most castles & strongholds wins the game. A very clever game that seems to be polished well.

Grow your clan territory, muster your armies and fleet, increase your influence, make allies, negotiate, deceive, war your way through or stab someone in the back. There are no rules, be nice, be cruel, no matter – there is one goal – the throne and whatever it takes for you to get there. Heads up: the conflict is REAL. Better keep all the negative stuff behind you once you are done with the game!

As always, the review will be covered in the following structure:
1. Fun
2. Replay value
3. Art & parts
4. Game price

Feel free to read our full review below, or just scroll down to the review summary.

There is so much that you can do in this game. Choose from 5 different actions – raids of neighboring territories, move units, increase power (influence), muster armies, and do war! Each house has its strengths, i.e. Greyjoys poses a strong fleet, while Baratheon house the priority right to the throne, gaining turn priorities and abilities to decide various competitions end-result of there are draw between players.

Each house has its unique characters, heroes that provide different benefits during combat, which is one of the main elements of the game – you will certainly fight a lot. Controlling territories provide unique benefits to your house – such as an increase of supply to muster more armies or increase your power (influence). All this variance creates all kinds of possibilities to differently approach your gameplay, and that is the most interesting part of the game.

The fun is a different topic. It can be fun, or it can be the opposite. 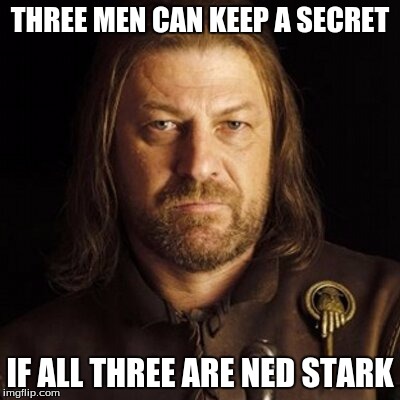 It all depends on how conflict-sensitive are the players. Certainly not all players like this game. We had quite a several games sessions that were not finished due to lack of interest and fun by participants. You have to understand what you are getting into.

The game is long, and players spend their time to prepare and implement their strategy. It is certainly not that funny, once after two-three hours you notice that you are doing poorly. You will likely feel that that pissed the night away!

So it is strongly advised that you would be helpful & not an ass with other players, especially with beginners! There are not many chance aspects within the game, some can be introduced voluntarily to combat mechanics, but that’s it. So we think that with experience, players get better, and fun aspect increases.

This game is pretty much like a disease, a virus, but it makes you feel the opposite. The more you play it, the better you feel about it! This game is pretty complex, and players need time to gain a true feeling of fulfillment while playing it. You will spend less time hidden behind rulebook and reference guide, and more playing, and faster playing.

Furthermore, the quality of mechanics and actions are good. They are well thought and work pretty much flawlessly. As a result, there will be plenty of players who use all types of actions- attack, defense, support, power increase, mustering armies, raiding other lands – all of them have different benefits, and none feel to be less valuable than others. This creates a massive replay value, as no gameplay will be the same.

Taking into consideration how complex the game is, we think that the rulebook is quite well constructed and clear enough. It simply takes time due to the nature of the game. Keep the rulebook close, always, we don’t think we had a game experience without looking at the rulebook. When that happens, we will post a separate content piece for that to let you know!

Probably the most truthful negative point about replays is those rare occasions to replay the game. People will not always put up for the challenge to play it unless you got a very specific, loyal group of folks loving the game!

Starting from game components, they are well made – both the quality and the design. We got a huge game board that seems to be a quiet truthful representation of Westeros’ official map. It is quite similar to those strategy maps that re used in Game of Thrones TV Show. So basically, you are sitting like a war strategist, or the House leader and planning your strategic decisions, and moving your units & pieces across the map.

What is more, there are lots of beautifully looking parts & pieces. Power, influence, order, and supply tokens (any kind of tokens) picture great looking house symbols. House, Westeros, and Wildling cards are qualitative, both in terms of durability as well as detail. The house cards represent the most significant characters of each house, the design is somewhat similar to the Game of Thrones TV show, maybe except their faces!

Plastic units (army units) and player screens seem to be okay in terms of quality and looks. On top of that, each screen possesses a summary of rules that are very valuable at the beginning of the game. It indicates a set-up of your house, units to be placed on board, and all the summary information of order tokens. This becomes especially useful for beginner players.

Moving further to the colorblindness evaluation, this game is not bad. Assuming that some of the players are non-colorblind, this is very much playable. If not, the gameplay is a little more complicated, or time-taking, but still playable. Let us look at the 100% of color deficiency simulated view below:

We can see that army pieces are not only formed differently, but color differences are noticeable within all color deficiency types. The inconvenient part comes when dealing with tokens. Pretty much all house tokens look yellow-colored. That would be a problem if there would be no house symbols onto tokens and they would not be differently shaped.

As a result, types of tokens can easily be identified, as well as recognition of different house tokens. This probably affects gameplay, by adding more time required to plan your moves, as you need to study which players control which areas. But at least it is still playable! Thank you Fantasy Flight Games for caring for colorblind players!

Finally, let us weigh the price vs what you get. The game is certainly not the cheapest, but still, despite the high price, we think that the components you get, the experience, the game itself is quite worthy of the money. Especially if you enjoy war, strategy games, or Game of Thrones theme. You can check the current prices down below.